Dealing with dirty commode buckets is nobody’s idea of a good time, but it doesn’t have to be a nightmare, and you get used to it all pretty quickly. If there was a self cleaning commode it would definitely make a lot of people very happy !

Self cleaning bedside commodes do not exist. But you can use disposable commode liners, certain bedside commodes can be used over toilets, and there are ways to control the odors from the commode as well. All of which greatly reduces the cleaning to a bear minimum, and makes using a bedside commode no problem at all.

Bedside commode liners are like a large plastic bag which you can very easily place over a commode bucket and then push it down inside so that the inside of the bucket is completely covered.

This way you will not have to wash the bucket after it has been used, just dispose of the bag and the contents.

So let’s have a look at the two ways in which you can use commode liners and dispose of them.

Commode liners can come with or without absorbent pads, powders or gelling agents.

If you use a liner with the pads, powders or gelling agents, they absorb the liquids and solidify them, so you can then throw them directly into the trash without any mess.

To use commode liners –

Give the seat and the frame of the commode a very quick wipe down and you are done – use a bit of disinfectant and then a cloth which is just damp with water to wipe of the disinfectant.

This is more messy, and doesn’t fit with the idea of self cleaning, but some people don’t like putting poop in landfill trash, which isn’t so crazy.

If you are going to use this method it is advised. to have overalls that you wear just for this, as you may get bacteria etc on them, and you don’t want it to be spread everywhere.

You will also need disposable gloves when you dod this –

NEVER USE THE COMMODE LINERS TWICE, I know a lot of people do, but they will be riddled with bacteria and can give people serious infections.

You can buy commode liners with or without the gel or absorbent pads, and you can buy them in larger quantities – when you start looking at the prices you will see why this is interesting.

I have an article all about commode liners, where to get them in bulk, if they are really truly bio-degradable, how to buy pads on their own and more. If you want tp learn more you can find that article here.

If you, like a lot of other people, cannot afford the cost, and they aren’t cheap, of using multiple disposable commode liners a day, you may want to make your own homemade commode liners from household plastic bags and kitty litter.

I have not tried this method myself.

The method that is suggested is –

The kitty litter is supposed to both absorb liquids and to suppress the unpleasant smells.

What I don’t like here is that these are not biodegradable or environmentally friendly.

Use a disposable commode liners without the pads which you buy in bulk, and stop using shopping bags which will take around 700 years to break down naturally.

And then use an organic kitty litter and not the clay kitty litters which are made with by strip mining.

There are many types of biodegradable kitty litter made from re-cycled paper, corn fibre, grass, pine and other products which don’t harm the environment.

If you are not using commode liners one of the best things you can do is to put 3 inches of water in the commode bucket before it is used.

Along with this water you can add an essential oil which is scented, or a product like Poo Pourri.

You are doing this because the water will trap some of the odors from feces and urine, to some degree, and the oils and Poo Pourri will both leave a film on the surface of the water, which makes it even harder for odors to escape, and they have a scent which will also mask the less pleasant smells.

The water will also make the bucket much easier to empty and clean after it has been used.

Plastic commode buckets will also absorb the odors of their contents, so if you aren’t using liners it is a good idea to soak the buckets in disinfectant for several hours after cleaning, as this will kill a lot of the bacteria which are absorbed, and remove the odors.

You could always try to find an enamel bucket for your commode because it won’t absorb odors at all.

Cleaning around the commode

The following applies whether or not you are using commode liners.

You need to be cleaning and disinfecting the areas around the commode regularly.

This will reduce both the odors around the commode and reduce the risk of infection from bacteria.

You should have a water-proof mat of some kind under the bedside commode and it will help with the inevitable spillages.

For nasty spillages on carpets, you may want to use enzymatic cleaners which are designed to clean up after cats and dogs, such Nature’s Miracle, or  Anti-Icky-Poo.

There is a lot more you can do to get rid of the smells and odors associated with a bedside commode, especially from fabrics, curtains mattresses which are in the same room as the commode. You can use an extractor fan in the wall, different kinds of disinfectant sprays on the curtains and more. I have an article in which I outline the numerous ways of tackling these problems you can read it here.

You can also set up certain types of bedside commodes over a toilet, and this will mean that there is no cleaning to b e done, except for cleaning the splash guard once every few days and a very quick wipe down of the frame, but the bucket is not used, as everything goes into the toilet.

The commode is working as a raised toilet seat rather than as a commode. 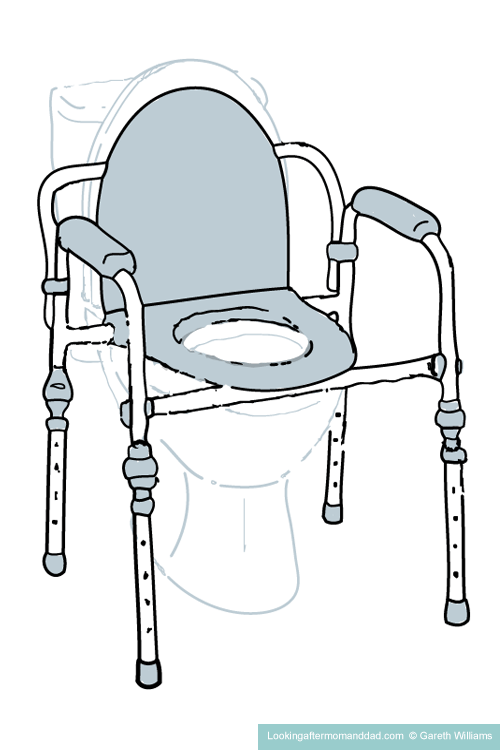 3 in 1 bedside commode installed over a toilet

Can a bedside commode be used over a toilet ?

Free Medical Equipment In New York: How And Where To Get It

Finding the money for elderly loved ones to pay for all the different, and seemingly endless,...

END_OF_DOCUMENT_TOKEN_TO_BE_REPLACED

Grants for Home Modifications For The Elderly

Helping an elderly loved one to live safely, and independently in their own home can be...

END_OF_DOCUMENT_TOKEN_TO_BE_REPLACED

It can be a rather daunting task trying to find out if you, or an elderly loved one are eligible...

END_OF_DOCUMENT_TOKEN_TO_BE_REPLACED 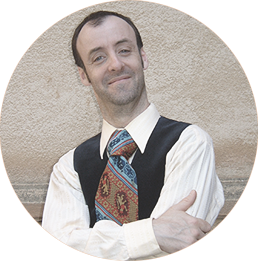